Well, whadda ya know. . . 150 blog posts.  Although I should probably post something monumental, post 150 is just going to be another sketchbook dump.

While watching Extreme Makeover Home Edition, the guy who was recieveing the makeover caught my attention.  He was a quite, manly man from Arkansas. . . spent the whole hour trying to draw what he looked like.  Not because he was amazing looking or anything, but because he was so. . . I don't know. *shrugs*

I've never just sat down and drawn people I see on TV.  It was actually really fun and Carlos keeps asking to see the page and starts laughing at it. 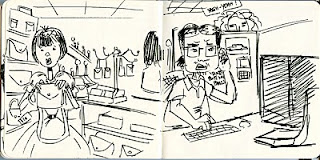 Speaking of Carlos. . .he got a little pissy with me this afternoon when he called from work.  Made me wonder what his day was like so I drew what I thought the other end of the conversation looked like, including his coworker Will.  Oh, yeah and the girl next to him is just having that internal battle of trying to decide if she wants to spend the $10 on the purse she likes in the store.  :P 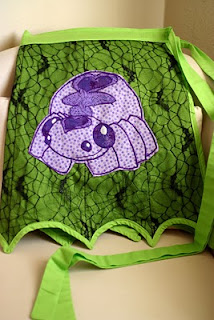 And finally. . . posted another Spider Apron in my shop.  Had to raise the price, sadly, because a lot more time goes into those damn spider pockets than I was letting on.  This particular apron had three separate pockets made for it, but the first two had "problems" and were discarded.

Head back to the land of mischief, aka Work, aka South Park next week.  It already looks like it's going to be an interesting run!
Picked by Boogervampire 0 boogers 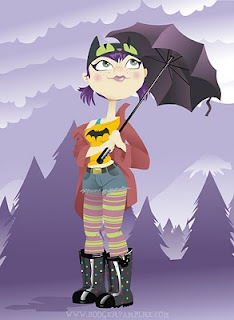 On exceptionally hot and smoggy days I long for something old and familiar. . . like the fresh air, rain and grunge music.  At least I have an endless supply of Pearl Jam on my iPod and winter is coming.  :D

Speaking of home, I just recently returned from a wonderful trip home.  I was fortunate to spend two weeks up north in the Seattle/Olympia area.  As it turns out two weeks was still not enough time to visit everyone so I appologize to Dionne and Jacques for missing them on this trip up too.  Next time I'll come up for two weeks and rent a car. . .

(Thanks to my Bro and his wife for letting me crash there and occasionally steal her car.)
Picked by Boogervampire 2 boogers 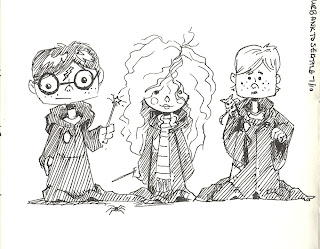 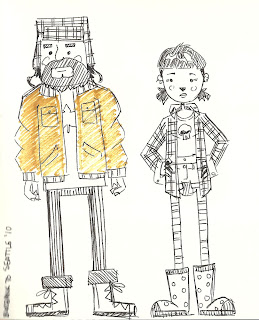 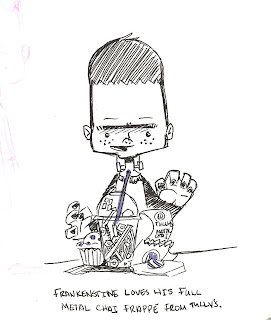 On my way up to Seattle, I had one of those rare days where I was happy with most of my sketch book doodles.  Drew the Harry Potter kids (kind of on accident), what I thought a Canadian Hipster might look like, and had a full metal Frappe courtsey of Tully's in the Burbank Airport.
Picked by Boogervampire 0 boogers