Mommas and Bats, Oh my!

Once a year, most recently the first Sunday of May, there is an unofficial event that takes place at Disneyland.  And I must say it's my second year observing the event. 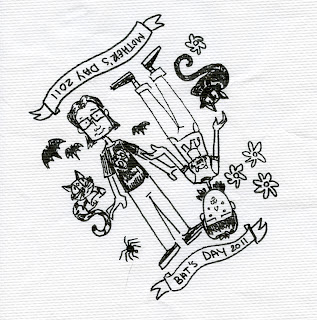 They call it Bat's Day, and once a year, a very large group of Goths decend upon Disneyland for a day of fun and frivolity.  They spend the two day's prior having a little convention of sorts, with a market place, costume party and some concerts.  Then they finish off their weekend of fun by spending Sunday in the park. 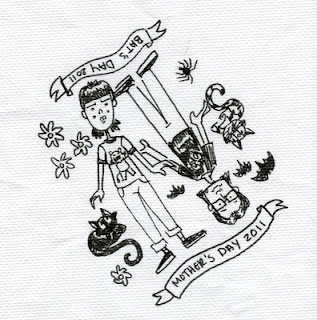 I went last year, and honestly I wasn't that impressed.  I don't consider myself a goth.  I appreciate their culture and I'm into a lot of the same things they are, but I'd be a total poser if I said I was goth.

That being said, I do enjoy seeing them all grouped together in the "Happiest Place on Earth" and watching the reactions people have to them in their full regalia.  And I admit, the main reason I went back for a second year was because this year's goth day fell on Mother's Day.  I had visions of thousand's of goths running around the park and thousands of mother's having to explain to their children that the goths dress they way they do because their mommies didn't love them enough when they were children (I did actually hear that said about me once in college when I had pink hair).

Any who.  It was rather uneventful.  There weren't as many goths as I was expecting and the mom's were all totally un-bothered by them.  Sadness.

And on that note, I give you a new sugar skull. 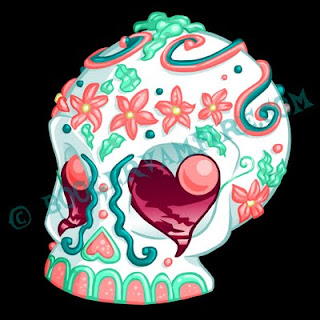