Greetings and Salutations all!!

So, Monster Squad!  The above painting was made for a Monster Squad Art Show taking place at my regular showing spot, Creature Features in Burbank, CA.

I'm pretty happy to say that I feel like I'm back to my normal self with this one.  I LOVE finding a way to 'do my own thing' when doing piece for tribute shows.  I like challenging myself and I usually have more fun doing pieces this way.

For this one, I had the super simple, cheese ball idea of Ollie the Wolfboy wearing a t-shirt that says "I've Got Nards".  In recent months, Monster Squad has been on everyone's mind and I've been seeing a lot of "Wolfman's Got Nards" shirts over on Etsy (in addition to "Stephen King Rules" shirts and some other Monster Squad versions of the monsters).  The idea of having a Werewolf wear the shirt was too tempting to resist.  Since it was so simple, I was afraid someone else could easily come up with a similar piece, so I decided to throw a few more subtile movie references into the back ground.  Nearly all the stickers on the skate ramp, and even the sunglasses that Ollie holds, are references to the movie.  Most of the stickers are product placement references, but I also threw one of my two favorite monsters from the movie up there, and an inside joke my husband and I have about a sequence from the film that wasn't intended to be funny, but is to us. 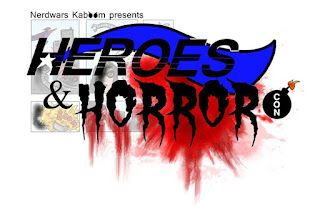 Coming up next on your pal the Boogervampire's "To-Do List" is the Heroes & Horror Con in Bakersfield, CA on October 18th.  Entry is $5 and located at the Bakersfield Marriott.  In addition to everything I had at ScareLA in August, the Heroes & Horror Con will be the first place you can get the 2016 Boogervampire Calendar.  If you've been following Instagram or Facebook, you'll know I've had a few printing issues with this year's calendar and it has taken a while iron that stuff out.  I'm happy to say I finally ordered the first batch of 10 calendars and they'll be with me when I vend in Bakersfield. 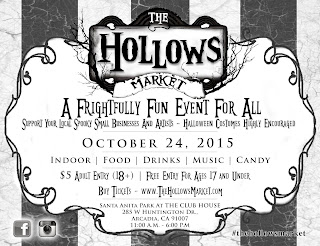 The week after the Heroes & Horror Con I'll be vending at the Hollows Market.  The Hollows Market will be Saturday, October 24th at the Santa Anita Racetrack and entry for that will also be $5.

Hope to see some of you there!
Picked by Boogervampire 0 boogers