Pink Parlour Wrap-Up and the Next Big Event!

The Pink Parlour Festival is a wrap, so what's up next?  Well, I am attempting my first two day event!    I'll be vending this August 9th and 10th at LA's premier Halloween enthusiast convention, ScareLA!!  I'm really excited about this one.  It's the convention's second year and they've been dropping teasers left and right as to the panels for this years event and it sounds great!  I would especially love to sit in on the 45th Anniversary panel for Disneyland's Haunted Mansion, but I'm pretty sure I'll be super busy at my table and will have to send my minions in to take photos for me.  (And by minions I just mean my husband.)  I've reordered a lot of my products for the ScareLA event and I even added a new cosmetic and coin purse design to my inventory.  I'll also be coming up with a new sticker or two for the event (possibly a new Disneyland Tourist Monster and a Halloween themed sticker) and making up some new necklaces.  So follow my Instagram to see work in progress images as I prepare for ScareLA and I hope to see some of you there!

Now, back to the Pink Parlour Festival re-cap!  It was wonderful to get out and visit with all my followers and make new ones.  Got to meet a few people whom I speak with on Instagram, got to meet with Dahlia Deranged and apologize that I can't take part in the Hollows Market that they're organizing for the end of next month (which you should check out if you live in the Los Angeles area and love gothy-spooky goodness), as well as touching bases with the FABULOUS AbbyBelle and Eva Rose from Evil Rose Designs

My table was table 78 and I was fortunate (and unfortunate) enough to be right near the stage.  We had all sorts of fun live entertainment to listen to while we worked at this event.  Quite a few bands, a fashion show and a pin up contest were just some of the events on the main stage.  Only down side is that as I get older my hearing gets worse so I had a HORRIBLE time trying to hear anyone that came by the booth, but I managed.  ;)

The new Prudence stickers made their debut and were received well. . . not as well as the Disneyland Tourist Frannie stickers, but well.  The left over stickers have been posted over in the Crypt of DOOM and are $4 each if you'd like to pick one up.  We were excited to see a large number of items sell out for once.  All the Disneyland Tourist Frannie Stickers are gone, and have been reordered.  The "Help Us Master Gracey" coin purses as well as the "IceScream Social" coin purses all sold out and have been reordered as well as the "IceScream Social" cosmetic bags.

The Pink Parlour Festival is Coming 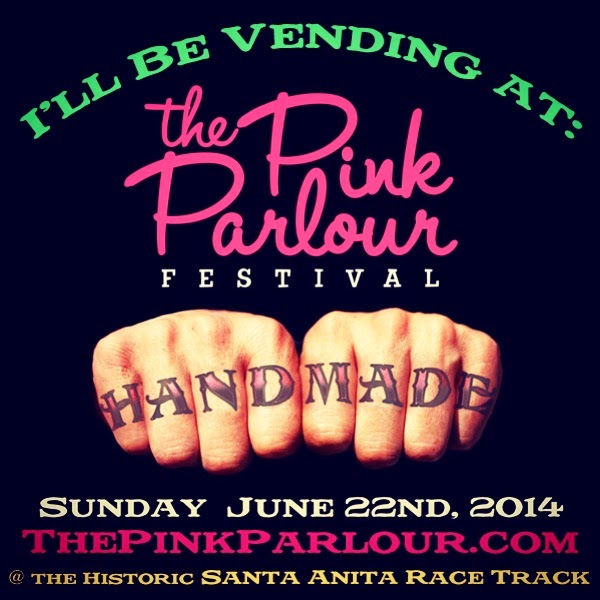 Greetings and salutations boils and ghouls!!

Well, as I stated back at the beginning of the year, 2014 is my year to try going out in public and vending at events more.  Since my first outing last Bats Day I'm becoming a little more relaxed and accustomed to being in public representing myself.  I'm not saying that the week before an event I don't freak out. . . cause I do, but I am saying that it's becoming easier every time.  That is due, in part, to all of the wonderful people I encounter at the events.  I really enjoy meeting people who actually turn out to meet me and see what I have to offer in the flesh.

Anyway, that being said, I'll be vending at another event in the very near future!  A couple years ago I was invited to participate at the Pink Parlour Festival that takes place at the Santa Anita Race Track in Arcadia, CA every year.  At the time I hadn't gone out in public before and was intimated by the idea of going, but when they asked this year, I was like, "What the hell! Why not."

Event info:  The Pink Parlour Festival; Sunday, June 22nd, 2014 11pm-7pm at the Santa Anita Race Track in Arcadia, CA.  There is an entry fee and tickets can be purchased ahead of time here:

So here's the low down and dirty of what to expect from me at the Pink Parlour Festival.  If you've been to one of my previous vending events I'll have a majority of the same stuff with me.  All the Prints, necklaces, earrings, hair clips and original mini paintings I have in the shop right now, and yes, that does include the coin purses and cosmetic bags you've grown to love (or hate, to accommodate negative Nancys), BUT I'm also trying to have a new sticker debut at the Pink Parlour Festival.  Prudence, the Boogervampire's older sister, had such a positive reception after the reveal of "Little Leota's Fortune Telling Kit for Beginners" that I decided to give her her own sticker!  You can see the rough of the sticker here in this post and I'll post the finished sticker (hopefully) before the event on Sunday, June 22nd, 2014. 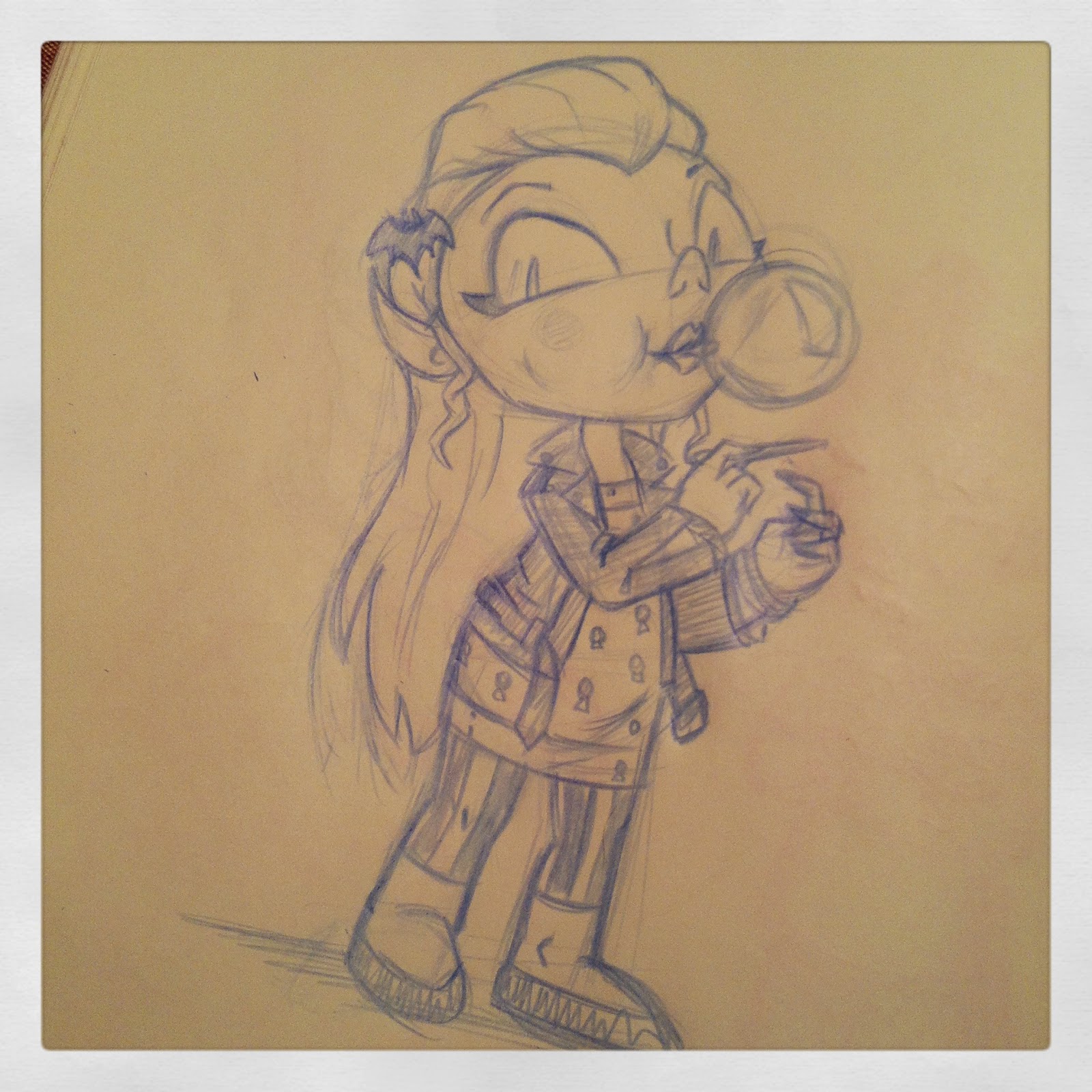 This week is a short update, which I'm sure you're grateful for, since my two favorite things apparently are painting and rambling on and on over here on the good old bloggy, blog.  One last thing before I go today, though.  Have you been over to Boogervampire.com lately?  I recently switched from my chicken scratch, home made website to a Wordpress template.  It's more streamlined and modern looking.  I'm still fiddling with it and adding new images (and trying to figure out a bug that apparently I only have) but check it out when you have a chance!