So, as I mentioned at the tail end of my last blog update, I'm taking part in Creature Features "Museum of the Weird" tribute show on September 13th.  The piece is due in a couple of weeks and I thought I'd post a BLOG EXCLUSIVE (which will then be shared to the Facebook Page via Networked Blogs) of my progress!  I'm excited about this piece because I'm going to incorporate a monster girl from last February's Monster Girl Challenge #1 in it.  She was by far the strangest of both Monster Girl Challenges and I tried to start a vector based illustration of her last  summer that never saw the light of day.

Anyway, I'm going to try to not post any in progress pics of this one after this.  I'll more than likely fail, but for now revel in your blog exclusive and come see the finished piece September 13th!
Picked by Boogervampire 0 boogers 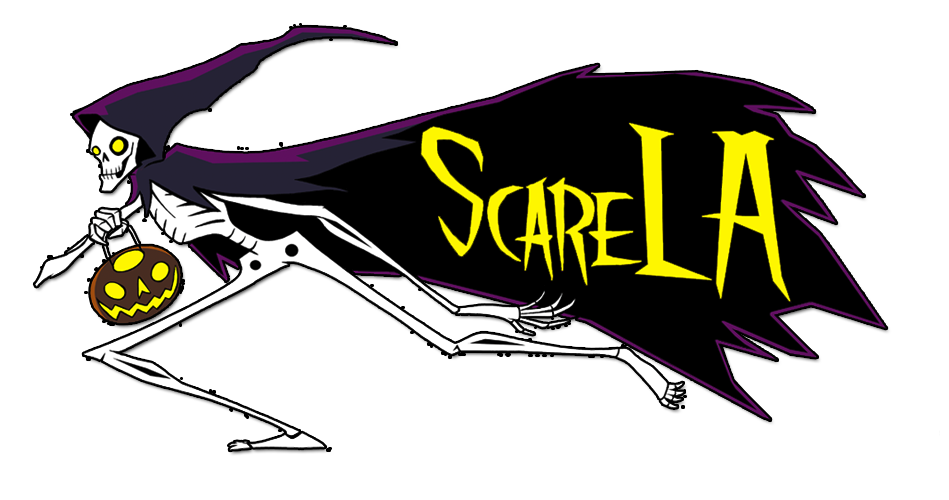 The last few weeks leading up to the ScareLA (or Scare Los Angeles) convention have been full of wild craziness.  Most anticipated (making new product and restocking stuff) and some was unexpected (my car breaking down while out purchasing last minute supplies for the convention).  But after all was said and done, ScareLA was just as wonderful, fun, stressful and tiring as I had been told it would be.

Let's get strait to business in this post first (that way if you get bored and decided to stop reading you'll at least get the important news first)!

If you had been patiently waiting for the "Help Us Master Gracey, You're Our Only Hope" (a.k.a. R2D2) coin purse and cosmetic bag restock, I do have bad news.  I sold out of the coin purses over the weekend and need to order new ones, again (it'll be about a month).  I do have ONE cosmetics bag left after the weekend and it's live, in the shop, right now.  I've reordered some of those as well and should expect them at the same time the new coin purses come in.  I also sold out of the "Kissing Bats" coin purses, the BRAND NEW "Wee Emily Dover" coin purses (still ONE cosmetics bag of that left, btw), the "Truly Outrageous" cosmetics bags, and quite a few necklaces.  I'll be gradually listing the new product that was made for ScareLA thru out the week, so check the Crypt of DOOM! frequently to see what's popped up!

Business done, now is time to wax poetic about the weekend!  I had a wonderful time.  It was my first two day event and it was overwhelming, at times, how many people would be at the booth at once.  I ran out of one of my more popular business card designs and almost ran out of a second (I now have 6 design options for people to choose from at events).  If I can judge by the amount of Prudence post cards I have left over, since I was giving them out to people who bought something, I made a lot of sales because there is barely any left of the 100 I had made.  I discovered that I'm not the only one that loves Prudence, the Boogervampire's sassy older sister because she had a LOT of new merchandise with her on it sell this weekend.  I tried making sketch cards for the first time on this outing, and although none sold, people's reaction to them was positive.  I got to meet a BUNCH of my Instagram and Facebook followers, and fellow artist Lupe Flores came out to say hello and brought me a beautiful print of her work!  (Thank you, Lupe!!)  I got super socially awkward when artist Gris Grimly stopped and looked at my "Little Leota's Fortune Telling Kit for Beginners" painting, and at one point Director John Landis was walking the floor and leaned in to look at my table and smiled.  It was so exciting.  As usual though, I only ever left the table to use the Ladies Room so I didn't see too much.  Thankfully that's where my husband comes in.  He runs all over these events taking photos and showing them to me later.  I hope that one day, after I've gotten used to going to these kinds of things, I'll feel confident enough to leave the booth and go take a look at my surroundings more.


Saturday night, in addition to the all day convention, I headed over to Creature Features in Burbank, CA to check out the Creature from the Black Lagoon 60th Anniversary Tribute Show.  I had submitted my painting "He's So Dreamy!" into the show when I realized I didn't have time to create anything new.  I was overjoyed (and a bit sad at first) to discover that my "baby" had sold.  I only hope that whomever purchased her finds joy every time they look at it and love it as much as I do/did.


There were many amazing, fun and nostalgic pieces in the Creature show, in addition to mine.   My inner geek loved the Uncle Gilbert costume from the Munsters TV show!  If you're in the Southern California region you might want to head over to the shop and check the show out before it ends on August 23rd (2014)!

Up next?  Well, against my better judgment I couldn't pass up an opportunity to take part in the Museum of the Weird Tribute show for Imagineer and Animator Rolly Crump that will be taking place at Creature Features next month.  I hopped on board a little late so I only have until September 6th to conceptualize and create the piece.  Wish me luck!

That's it for now.  I'm going to go crawl into bed for about a week.  Until the next update, LATER GATORS!
Picked by Boogervampire 0 boogers