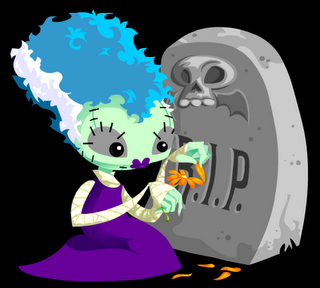 I have a very bad habit of getting caught up in little details that no one will even notice or be able to see. 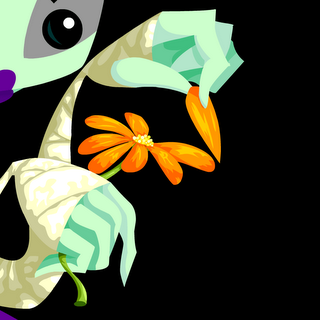 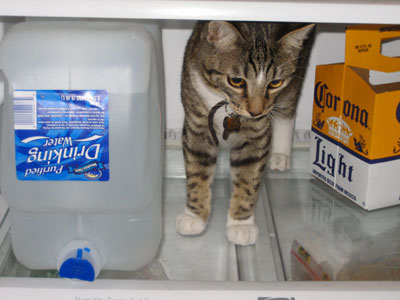 Okay not really. . . But Loki, for some moronic, kitty pea-brained reason, LOVES to crawl up in the refridgerator when ever I open it. He's silly.

Dear Family members, please do not be alarmed, that picture happened to be taken the day BEFORE I went to the grocery store. We do actually eat. :)
Picked by Boogervampire 3 boogers

Email ThisBlogThis!Share to TwitterShare to FacebookShare to Pinterest
Labels: cats

In the Immortal Words of Freddie Mercury 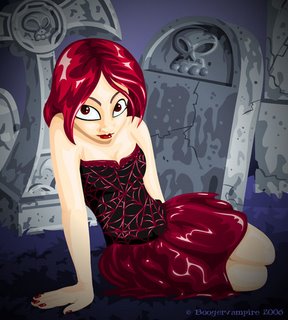 Another one bites the dust!!! Thank GOD! Now I can go back to working on Christmas presents. :)
Picked by Boogervampire 2 boogers

So, as usual I'm pretty busy, BUT I get bored super easy. . . Like today. I've got these "plushies" I'm supposed to be working on but my mind is all over the place again. I may have to take my mom's advice and step out side for some glorious smog filled air. 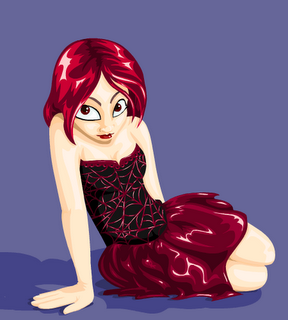 So I'm kinda in the middle of this one. After my last MySpace fiasco, where the drawing I did for the musician failed to please her and I just got a very polite "thank you, but my legs are too fat" response, my boyfriend has nagged me into doing one more drawing for a complete and total stranger. My boyfriend and I have been going back and forth over the hand for a few days now and we've come to a compromise, where once I take the few minutes it takes to add fingernails, all I'll have left to do is throw in a couple of tombstones and some grass and this baby will be done.

Not one of my personal favorites, but that just because I wanted to draw her as a cute little witch on a broom and my boyfriend felt it was his duty to act as a self absorbed art director that doesn't know his asshole from a hole in the ground. . . not that I've had one like that. . . but the previous owners of my current job were pretty close.
Picked by Boogervampire 2 boogers

You get up early on a workday to get ready for work JUST to go to Target and buy "Cars" on opening day. And it's even WORSE when you gotta pack up your portable DVD player just so you can "listen" to it while you're working cause you've been waiting MONTHS to watch it again. Yeah, I know it's just like "Doc Hollywood" but I liked that movie too. Only it's not as COOL to look at.

Anyway, cause I felt I needed to post some artwork, a few weeks back I got to do game art for the Neopets Flash game requested for the release of the movie. I had to draw top views of Lightning, Mater, Sally, and Chick Hicks. Granted they aren't the best cause they're pretty small in the game and I had to use the top of my toys for reference since the client only provided side views.

Anyway, it's the climax of the movie and I still got work to do. Enjoy!
Picked by Boogervampire 4 boogers

Well, after months of racking my brain trying to figure out how to get my other two films up on the web I've finally been able to piece my Sophmore CalArts film back together and upload it to YouTube.

I really must thank my friend and coworker Nicolette Davenport for being kind enough to reburn the disc's from my freshman and sophmore films on her mac. Retardedly I had chosen this option called "session" burning and my pc would only read one of the multiple sessions on each disc. So much of the information I needed to reoutput my films was trapped on the original discs. I really could not have done it with out her and I'm very, very greatful. :)

Anyway. This film was a super personal one. Since I didn't grow up in the LA area my dreams and ambitions to become and animator, and the quirky personality traits I had due to that dream, we're kind of looked down upon when I was growing up. Shortly before my graduation from high school I'd started following the path of the "dark side" and kind of became a sudo-goth, which if we look at todays terminology just basically means I was Emo before there was a word for Emo.

Masquerade was supposed to be about all the pain I felt growing up as a teenager an how my first summer at CSSSA (California State Summer School of the Arts) made me feel like I was going to join other people like me. I was lucky enough to go there for two years and it was so refreshing to know that there were other people like me out in the world. It gave me something to look forward too, even though it was only for a brief time. When I got to CalArts for college, having not been around other animators (well, except for Potatofarmgirl) for nearly 5 years I was overjoyed to be back around others of "my kind" and decided to make a film about it.

Sadly no one cares about personal films in college, especially Character Animation. The more personal the film, and the more "realistic", the less people notice it and push it off to the side as an "art film".

Now, don't get me wrong, I admit that there's TONS of things wrong with this film.
For starters my dumb ass didn't bother to take a story class that year. Imageine that, only a sophmore and I thought that I didn't need anymore story instruction. I was a moron. Secondly, anyone that tried to tell me to change my film, or to make it funny, I'd shoot down and tell them that they just didn't understand what I was trying for. Basically that year I was an arrogant prick and very pig headded so I missed a TON of really great learning opportunites all due to pride.

Quite honestly, this film is truly one huge flop. But now I don't mind looking back at it, because it teaches me a lesson everytime I do. And that lesson is this. I will NEVER know everything and the instant I think I do, or start acting like I do, I'm only going to lead myself to self distruction.
Picked by Boogervampire 4 boogers 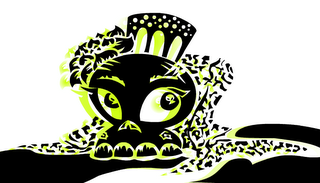 To my pleasent surprise I looked at the calendar today and noticed that it was Day of the Dead!! SOOOOOOOOO in honor of Día de los Muertos!! Have a spiffy drawing!

In my quest for inspiration, I found this nifty pic as well. :) I love all the Day of the Dead skullheads!! 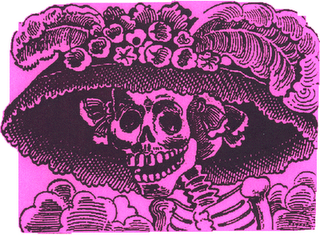 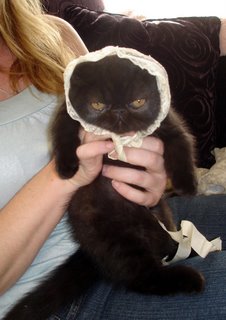 At the request of Eliza, and against my better judgement, I've decided to turn the comments back on. We'll see how that goes. I'll probably turn them off again soon.

I wish I could claim credit in ownership of the little cranky deamon above, but sadly, my little dark princess just looks like this: 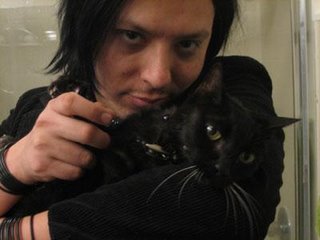