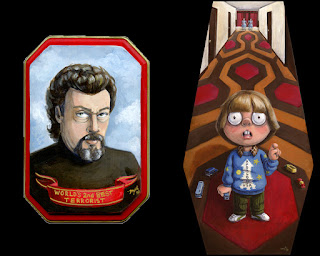 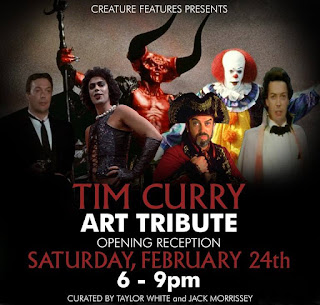 Up first, taking place from 6 to ll pm over at Creature Features in Burbank, CA, I'll have a piece in the Tim Curry Tribute Show.  Mr. Curry is rumored to be in attendance, so it's probably going to be rather crowded. 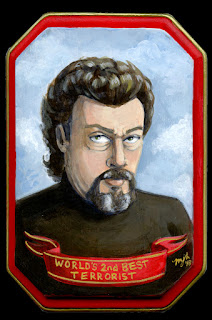 My painting is titled "World's Second Best Terrorist" and pays tribute to his villainous role as Vladakov in McHale's Navy.  Yes I went super obscure, but as some people may know, that pleases me. 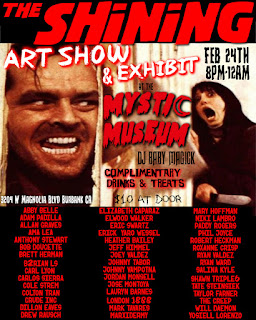 My second piece is going to be two blocks over at the Bearded Lady's Mystic Museum Shining tribute show.  (WOW!  Say that three times fast!)  I'm rather pleased with this one because I not only tired painting on wood in acrylics, I FINISHED the painting this time.  Back in June of 2017 I tried for the Twin Peaks show and it was intimidating and I stopped.  After talking to a friend familiar in the methods, I approached it differently (properly) and once I got over a low self esteem issue, finished it and am very happy. 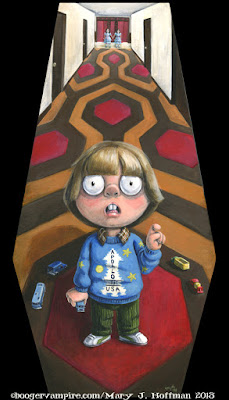 The new Shining painting is called "Danny's Not Here Mrs. Torrance" and will be on display starting at 8pm, Saturday, February 24th, 2018 and running thru April.