I think, when I was a sophmore in college, my animation teacher said one day that if we were to wind up working on a computer all day we needed to keep drawing with a pencil to stay fresh. I'm not 100% positive that he said this, just because my memory gets progressively worse every year, but I'd like to think he said something like this.

Just between you and me, I think it's more like, if I don't draw outside of the computer I"m going to go CRAZY!

Recently I've been, once again, finding it harder to stay upbeat about things. I've had some upsetting times at home recently and disagreements with my boyfriend. Unfortunately the recent emotional stress has been starting to rub off on my artwork. I've become very listless as of late and I'm not quite sure what to do about it. Along with my personal work being effected, so is my professional work, and I'm starting to think that it may not just be an effect of depression. I'm starting to think it might be time to start thinking of moving on. 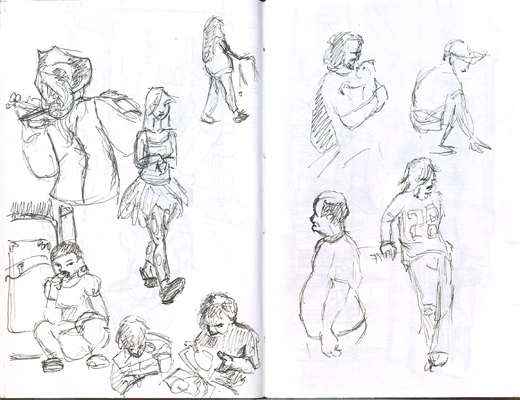 Anyway, I only had about 6 hours this weekend where I didn't feel completely bummed out, and most of them were right before I went to bed Sunday night. So I decided to call in sick today. I don't know about you, but I seriously feel that depression is just as bad as the flu anyday, and if the only way to prevent it is to go do something I've been dying to do now for over a month and just relax for a day, then fuck it! I'm sick! 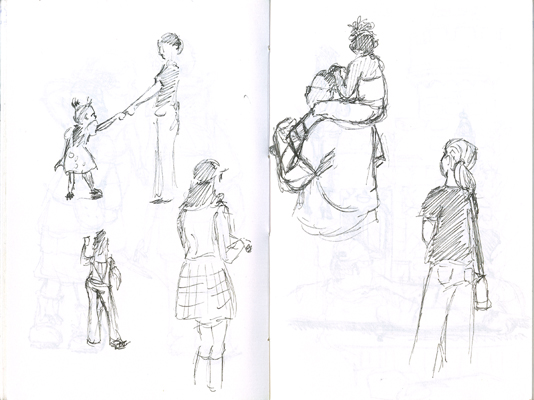 So. . . I went to Disneyland. . . again. . . for the millionth time this year. ONLY this time I went alone and armed with a sketchbook and some watercolors. :) Thank GOD I have my annual pass, or that would have been SUCH an expensive day. 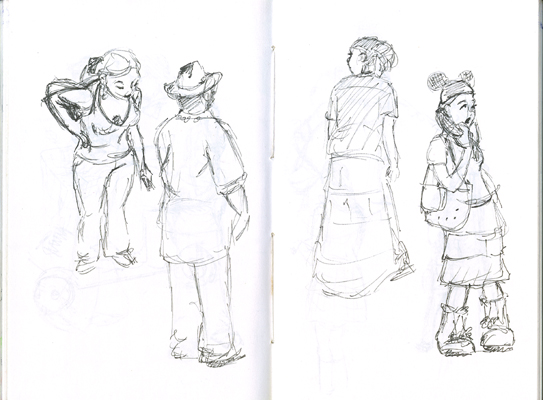 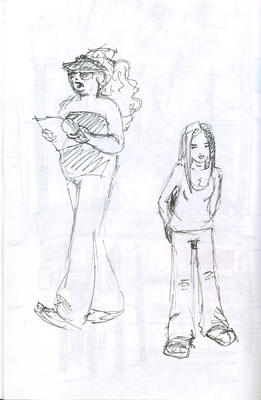 I've been wanting to draw people for a while now, but I get intimidated easily. I don't like people watching me draw, or asking to see them, because I sometimes feel like my sketches from life leave a lot to be desired. Well, when I'm drawing them I do, then when I get home and look at them again I can see improvement, or some nice things happening and stuff. Hence the reason why I'm postin' them!!

Enjoy the "Disney Magic". . . and take it from me. Disneyland is seriously the most awesome place to go draw people. I mean, everyone's on vacation, most of them are happy, and a ton of them aren't from LA, so they all have different body shapes and clothing and attitudes. Of course, you can probably tell from my sketches which ones do come from LA. Just look for the anorexic girls with the large breasts. :) 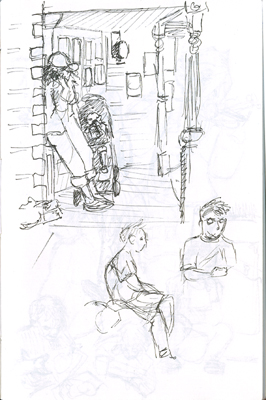 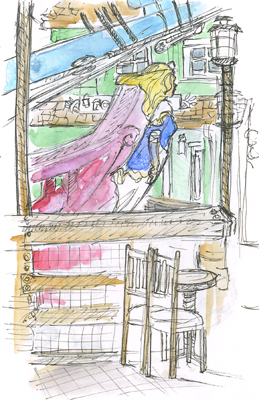 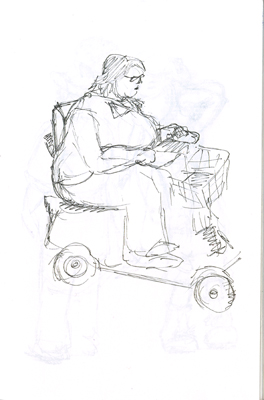 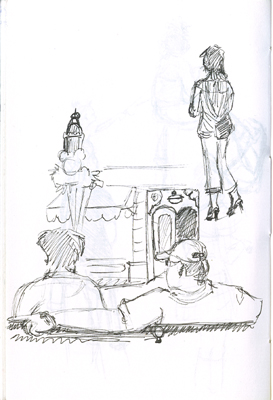 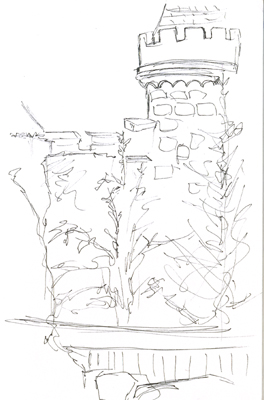