I Do Custom Work Now? 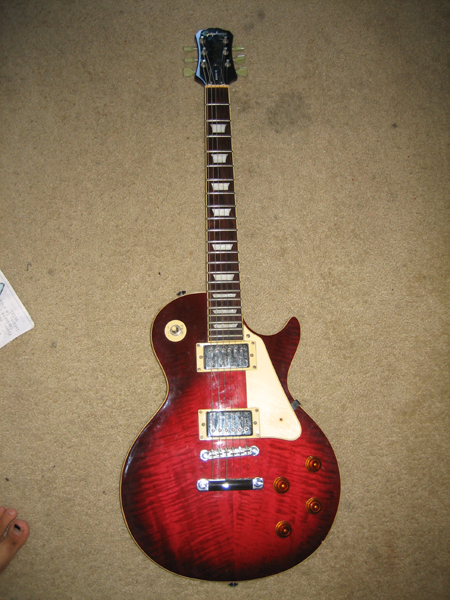 So a couple of weeks ago I went to San Diego with Carlos to help "customize" his nephew's guitar. Only problem was that his nephew's guitar used to be MY guitar and I only sold it to him cause it would still be "in the family" and I could see it from time to time. I retardedly named it Gavin, and it was a girl, cause I think that would be a prettier girl name than a boy name (yes, I bought it when Mr. Gwen Stefani's husband's band was big). As you can see, She's a beauty and as I found out was a slightly rare guitar color, even for the Ephiphone (cheap Gibson knockoff) line.

Needless to say, when I was informed that Carlos and his nephew wanted to DESTROY Gavin and make her a "custom" I wasn't very happy, but since I no longer had control of Gavin's destiny, this is what happened to Her. 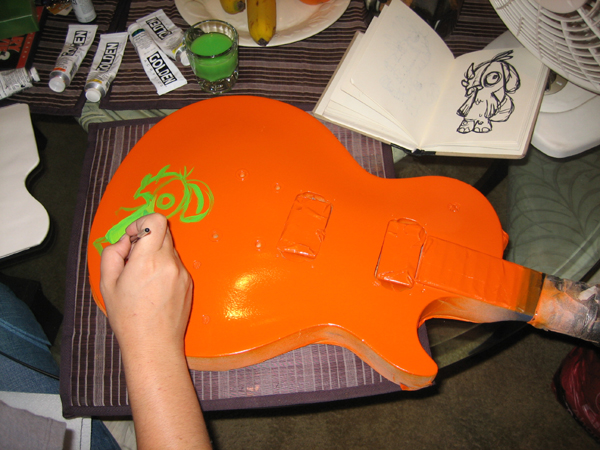 As you can see, they tried to "make it up to me" by letting (forcing, is more like it) me paint a little monster on it. Christian (his nephew) didn't really know what he wanted so he started listing all these animals and said he wanted a combo of them. so I got out my sketchbook and tried coming up with a combo he might like. We agreed on this one. It's a BirdFishRhinoElephantRabbit Monster. 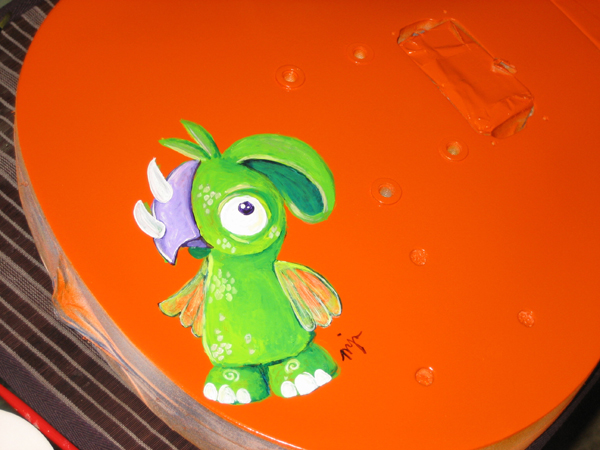 You can distinguish the BirdFishRhinoElephantRabbit Monster from other monsters by it's bird-like head, fishy fins and scaling, elephant like feet, rabbit ears, and Rhino horns. It's quite deadly. And why is it green you may ask. . . cause I like how that green looks on orange. :) 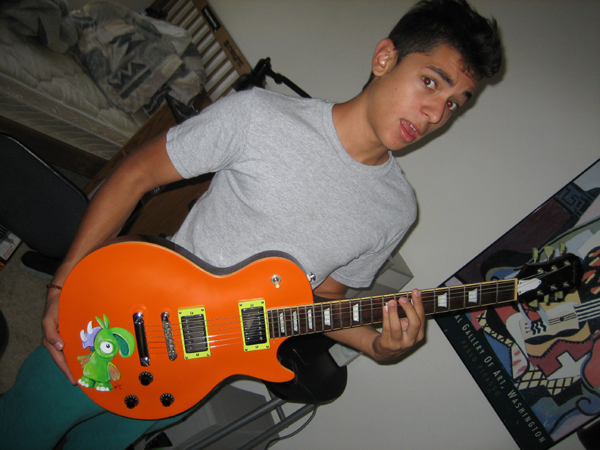 Obviously this is the proud owner of what used to be Gavin. Now his name is Peter. . . I guess it was more like a sex change operation than a guitar customization. :-/

Bye GAVIN!! I'll miss you're beautiful finish! But at least I got revenge by giving the BirdFishRhinoElephantRabbit Monster some Glittery, Iridecent fins. WAHAHAHAHAH!!!

So I wouldn't cry and get cranky during the sanding process of my dear sweet Gavin, I was kicked out of the house. . . >:P 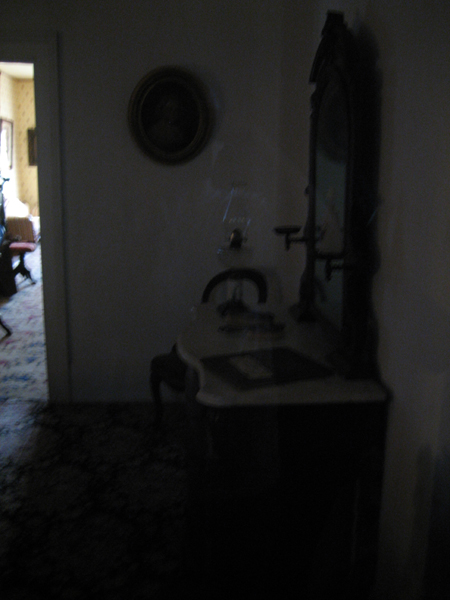 For more pics of my Old Towne San Diego adventure to one of only TWO houses that are Certified as Haunted in the State of California by the Commerce Commision (that cracked me up when I read that on their site), click here. Also, if you're interested in seeing the Whaley House yourself, go check out their website for more info.
Picked by Boogervampire

Email ThisBlogThis!Share to TwitterShare to FacebookShare to Pinterest
Labels: Photos