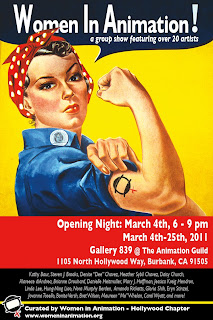 First an announcement.  Even though I've known about this for a couple of weeks I totally forgot to start pimping it and realized that the opening for it is this FRIDAY (March 4th, 2011).  I asked if I could participate in a Gallery Show being curated by the Women In Animation organization.  As I said, the opening is being held this Friday evening, March 4th, 2011 from 6-9pm at the Animation Guild's fancy new building's gallery space.  For more information visit the Women In Animation or the Animation Guild's sites. 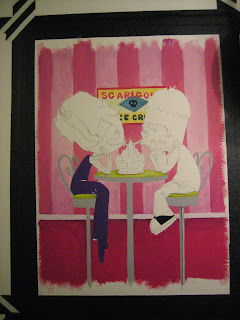 As for the pieces, I'll post the finished one next week.  Two of them will be old one's with the finished new one you can see above. 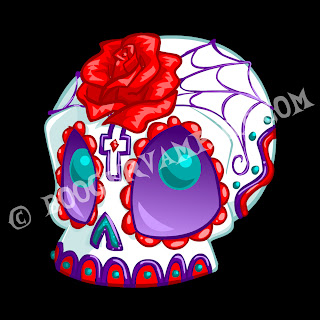 Next Crypt of DOOM!!  stuff.  I created this new little gem.  I've made her into the regular DS Charm, Earrings, and a single Hair Clip.  If I get enough custom requests/purchases I'll probably offer it as a pair of hair clips, but I'm testing the waters right now.  So far the reaction has been pretty positive.  Which mean's I'll probably make a couple more new skulls before the end of the year.  (Wow, this blog entry is ramble-ier than usual.) 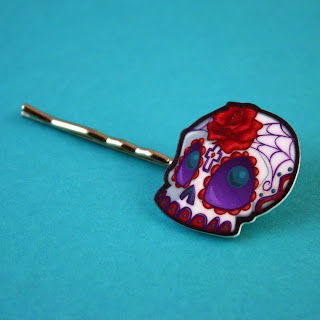 Finally, I actually will be participating in another art show over at the NEW Monkeyhouse Toys location, in Silverlake, on March 19th.  The piece is actually done WAY ahead of time, but I'm holding off posting it here until closer to the date of the show.  All I have to say is that it was a ton of fun to work on, but the custom matte I invested in has made the piece truly SING.

Well, that's it!  Thanks for stopping by and checking in with me, I'm always grateful.  :D
Picked by Boogervampire